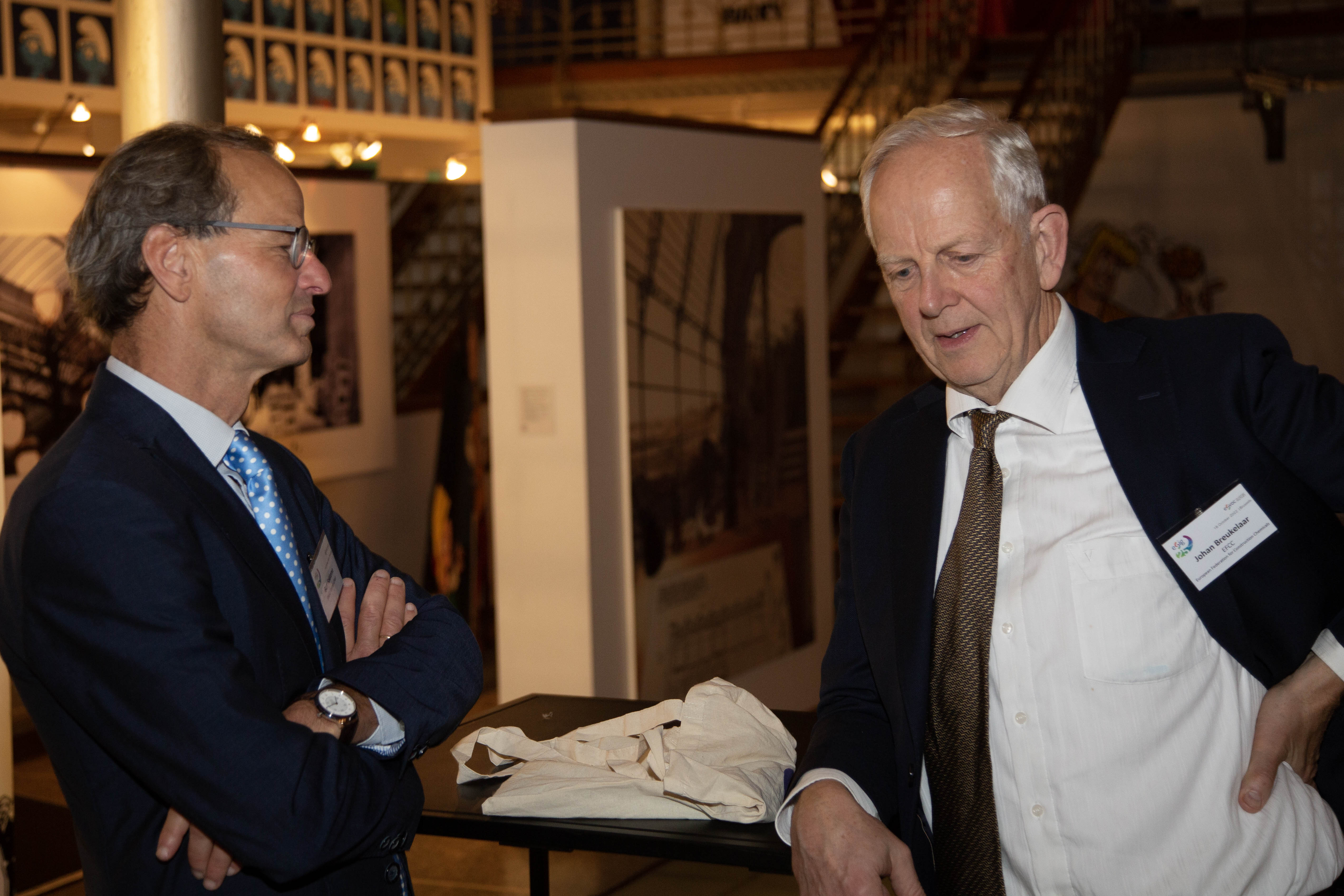 Dr. Ing. Johan Breukelaar, Director General of EFCC, has participated in the 25th anniversary dinner of the European Chemical Industry Council (CEFIC) European Solvents Industry Group (ESIG) and at the same time the 25th anniversary of the European Solvents Downstream User (previously VOC) Coordination Group, ESVOC, where EFCC has been a long standing member because of the interest of EFCC members in all aspects of solvents.

The dinner was organised in the Comics Art Museum in Brussels, a very recommendable museum. The photo shows the DG with his former colleague from the Shell Chemicals Product Stewardship Department in London, Bert Fokkema.